Celebrating Books That Touch Our Humanity

This week, I tweeted this, "Books that touch our humanity need to be celebrated." Constrained by 140 characters, that was all I could manage (in addition to mentioning three authors that inspired the tweet.) I decided to spend a little more time  and give a bit of a description of each. Since these books have impacted me so greatly, I want to share them with my blog readers. There are a million books in the bookstore, everything from vampires, to teen drama, to mindless drivel... I think it's important to share the books that touch our humanity and make us want to be better people.

The One and Only Ivan by Katherine Applegate

Ivan is an easygoing gorilla. Living at the Exit 8 Big Top Mall and Video Arcade, he has grown accustomed to humans watching him through the glass walls of his domain. He rarely misses his life in the jungle. In fact, he hardly ever thinks about it at all.
Instead, Ivan thinks about TV shows he's seen and about his friends Stella, an elderly elephant, and Bob, a stray dog. But mostly Ivan thinks about art and how to capture the taste of a mango or the sound of leaves with color and a well-placed line.
Then he meets Ruby, a baby elephant taken from her family, and she makes Ivan see their home—and his own art—through new eyes. When Ruby arrives, change comes with her, and it's up to Ivan to make it a change for the better.Website
I loved this book from the very first paragraph. I never know what it is about a book that does this, but I loved every single word and I hated when it ended. As soon as I finished it, I told every single person I met to read it.

I first learned about this book from two super Twitter members, John @mrschureads and Colby @colbysharp. If you are not following them, you MUST. Mr Schu has been on an amazing journey with another awesome Twitter friend, Donna @akgal68 and they visited the real Ivan! Read about that part of the adventure on the "Let's Go South" blog I had a great time vicariously traveling with John and Donna. 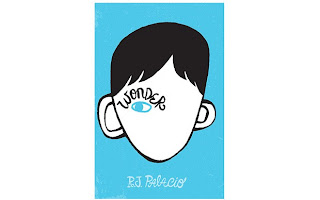 August (Auggie) Pullman was born with a facial deformity that prevented him from going to a mainstream school—until now. He's about to start 5th grade at Beecher Prep, and if you've ever been the new kid then you know how hard that can be. The thing is Auggie's just an ordinary kid, with an extraordinary face. But can he convince his new classmates that he's just like them, despite appearances? Website

Wonder is a one-of-a-kind sort of a book. It seems to have everything from laughs to tears. It's told from multiple perspectives and that really enhances the impact of the story. I have also shared this book with nearly everyone.

Wonder is such an amazing book, it inspired the Choose Kind movement. 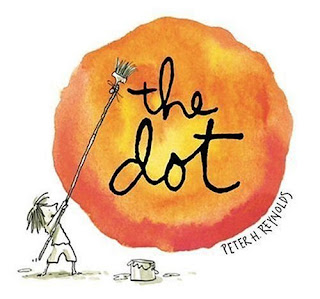 Her teacher smiled. "Just make a mark and see where it takes you."
Art class is over, but Vashti is sitting glued to her chair in front of a blank piece of paper. The words of her teacher are a gentle invitation to express herself. But Vashti can’t draw - she’s no artist. To prove her point, Vashti jabs at a blank sheet of paper to make an unremarkable and angry mark. "There!" she says. That one little dot marks the beginning of Vashti’s journey of surprise and self-discovery. That special moment is the core of Peter H. Reynolds’s delicate fable about the creative spirit in all of us. Source


The Dot is a book that absolutely inspired me the first time I read it. I believe it is a book every person who wants to be a teacher must read and I share it with my college class of future teachers. To me, the beauty is how close it is to real life...Sometimes a rather small act by a significant person can truly change a kid. It's a message every single teacher needs to hear.


The Dot was so inspiring, a day was created to inspire kids to create dots called, "International Dot Day". You can read more about it here. As of today, 7/31, over 33,000 kids are expected to participate this year. 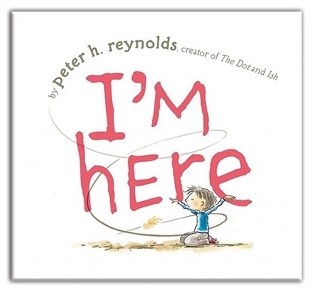 And you're there.
And that's okay.

maybe there will be a gentle wind that pulls us together.
And then I'll be here and you'll be here, too.
Pure, powerful, and deceptively simple, best-selling author and illustrator Peter H. Reynolds reminds us that children — and the friendships they make — can take flight in unexpected ways. With a strong anti-bullying message, I'm Here teaches children to stand up for others who may not seem to belong. Source
If you have read this blog before, you know In December I held a contest for people who bought the book and gave it to a school...I think it's that important of a book. You simply must read this book and share it with the kids in your life. It was originally written with autism in mind, I believe it is applicable for every kid.

What books have touched your humanity?? List them in the comments!
Posted by TJ Shay at 10:56 PM 1 comments

I Am Not Nice

Due to some recent conversations, I am feeling the need to explain one thing...I am not that nice. When I recommend a book or an author, I often get the comment, "you are so nice." The truth is, I am not that nice. What I am is passionate...annoyingly so. If you friend or follow me, you will know what truly engages me...and what feeds my passion in life.

Although I tweet often about FableVision Learning and Peter H. Reynolds, it's because they share my passion for helping kids reach their true potential. I lead an educator program, but that does not involve what I do on Twitter and Facebook, that is ALL based on passion for education and helping kids.

Finally, authors and books that I love get a LOT of of attention from me. I adore Sharon Creech and her writing style. Katie Davis and the book trailer for "Little Chicken's Big Day"...huge fan. All of the dear authors and illustrators who have created "Celebridots" are going to have my gratitude forever because they volunteered for a project to help kids after a simple invitation from someone they don't know and will probably never meet. Kristin Tubb is A+ with me because she not only created a dot, she helped spread the word.

What you can always count on is truth and honesty. I will never promote anything I don't believe in with my whole heart. Ever. I never say anything to 'be nice', I say what I am thinking and what is important to me.

I often tell former students and friends that I love them or I am proud of them. I mean every single word every single time. 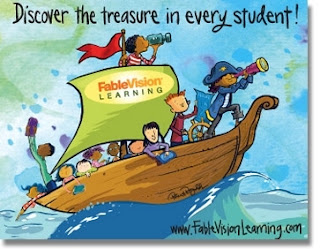 I returned last week from ISTE and spending time with some of my favorite people on earth, my Fable Family and the FableVision Ambassadors. The theme for our booth was "Discover the treasure in every student." This resonated with me, because I believe that's what I try to do in my 'real' job as an educator.

I was driving across town last night when it occurred to me just how true this is and I took the analogy a bit further. Sometimes, you walk along and you find something valuable quite by accident. I remember walking through the library one day and finding the diamond pendant my friend had lost. I wasn't really searching for it, it was just there. Some kids are like that. Their inherent beauty is just there, right on the surface and easy to spot.

Then, I thought of some other kids...the kids who make teaching a little bit like an Indiana Jones movie.  It's a perilous journey to find the true and amazing person at the core. There are boulders chasing you down tiny corridors, snakes hissing, and all manner of obstacle. No judgment goes along with the Indiana Jones analogy. I have always believed if I had been brought up exactly like the troubled kids that I deal with, I would act the same way.


But, after twenty-six years I can say without a shadow of a doubt....it's worth it. Finding that amazing person underneath the defensiveness and drama is absolutely worth every effort it takes to get there.


Does this make sense to you?? Are you on that same journey??


Luckily for me, I have Peter H. Reynolds and the Fable Family who cheer me on. I have a strong Twitter support team. I have awesome students who make the journey worthwhile.


By the way, I lead an educator program for FableVision Learning, but I don't benefit from sales. The poster above is available in a t-shirt.